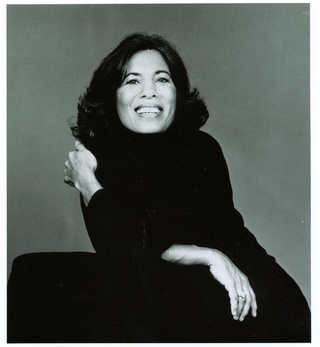 Sherry Suib Cohen always wanted to be a writer.

“Imagine,” she says, “you could visit your book in the library, lovers in France or England or maybe even New Jersey could find your book (with your picture!) in a second-hand book store and they would wonder what you were thinking when you wrote a particularly good line. You would be immortal.”

She became a great reader and tried to write perfect stories, but she wasn’t as good as Jane Austen at telling stories, so she gave up and became a teacher because her mother said she had to. Then, one day, her husband Larry said, “now, now is the time, right now. Do it. Be brave. Stop teaching. Follow your dream.”

She decided to write non-fiction. She’d write about the lives of real people and she’d even tell secrets about her own life ( but not about her children’s lives or, they threatened, they’d sue her.) First, for a magazine, she wrote a story about a dreadful old-age home. She discovered that even if she couldn’t tell stories like Jane Austen, she was terrific at getting real people to open up and she could capture their voices and their intricate experiences on paper. Finally, she found her niche. And, she saw her name in print. It was irresistible. Then she wrote a book, then another.

Her books have ranged in topic from an exploration of women’s power to the year when, as a skeptic, she visited psychics, astrologers and other practitioners of ‘the other side.’ She’s written beauty books, books about celebrities, a book about the magic of touch, a book about juvenile diabetes, a book about controlling rage and books on a dozen other subjects. She’s interviewed and watched conjoined twins being separated, Katie Couric being serious, Estee Lauder being a tycoon, September 11 survivors being candid, Cher being spiritual, Star Jones being thin and hundreds of other extraordinary subjects being themselves. Occasionally, she writes books with co-authors, experts in their subjects, and this brings her into rare, wonderful and sometimes, very weird worlds.

It Ain't All About The Cookin' (Paula Deen and Sherry Suib Cohen)
It Ain't All About The Cookin', a never-before-told, deeply confessional look at the butter-loving, finger-licking Queen of melt-in-your-mouth Southern Cuisine. Recipes too! New York Times #2 Best-Seller
SECRETS OF A VERY GOOD MARRIAGE: Lessons From The Sea
A profoundly intimate look at a long marriage from a strong, witty, irreverent point of view.